January 16 – The Community Reinvestment Act was a landmark civil rights law passed in 1977 to end discrimination that was once common in America’s banking and housing markets. The law made a huge difference. A trillion dollars or more went to low- and moderate-income neighborhoods that were once excluded from the American Dream.

This year, the Office of the Comptroller of the Currency (OCC) and the FDIC released a set of proposed rules for the CRA that will result in fewer first time homebuyers; a reduction in the development and preservation of critically needed deeply and permanently affordable housing; decreased consumer access to bank branches and affordable banking products; and fewer small loans to small businesses. The Community Loan Fund of the Capital Region and other Community Development Financial Institutions (CDFIs) of New York State are speaking out against the changes to the CRA at rallies and online.

“The CRA is a vital economic development tool, helping us halt the cycle of disinvestment that has plagued these communities for decades. Changing this law will suppress our ability to affect change here, and undo years’ worth of progress we’ve already made in these communities,” says MacFarlane. 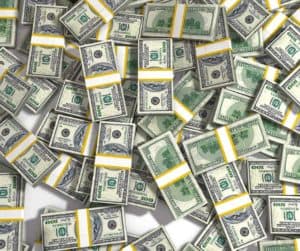 The agencies would dramatically lessen CRA’s focus on low median income communities in contradiction to the intent of the law to address redlining. The definition of affordable housing would be relaxed to include middle-income housing in high cost areas. In addition, the Notice of Proposed Rulemaking (NPRM) would count rental housing as affordable if lower-income people could afford to pay the rent without verifying that lower-income people would be tenants.

Instead of being a stimulator or providing “last mile” support to bring much-needed projects to reality, the proposed changes will encourage banks to fund projects that are already well-positioned to receive funding.

“As banks continue to move out of both rural areas and urban centers, Community Development Financial Institutions (CDFIs) like ours are called upon to bridge this increasingly large service gap and provide financial products in ‘banking deserts.’ We would not be able to do that without the Community Reinvestment Act. The CRA compels banks to invest CDFIs like ours, and in that way, reinvest in the very communities they are abandoning,” says MacFarlane.